Forecast: The Pound Dollar pair recovered the modest spot lost during trading hours in Asia, operating flat during the day around 1.2870. The publication of the British Rightmove House Price index at the beginning of the day barely affected the pound, although house prices fell 0.9% in August and compared to the previous month, the biggest drop for this year. Compared to the previous year, prices rose 3.1%. In fact, there will be no relevant news coming from the UK until next Wednesday, when the kingdom will publish final figures of GDP for the second quarter, which will remain unchanged at 0.3%. 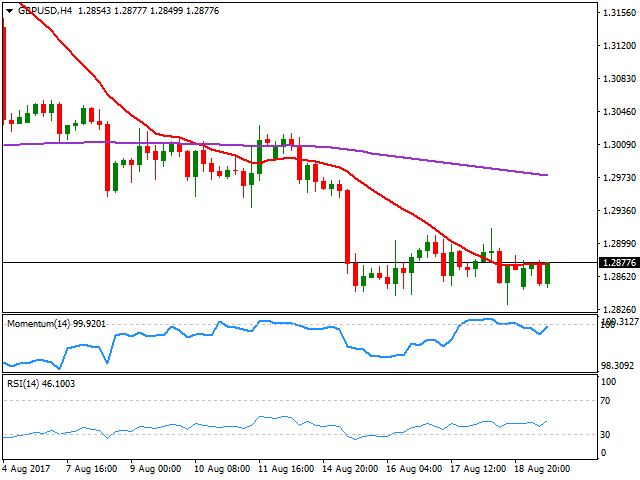 From a technical point of view, the pair has been in a narrow consolidative range since last Wednesday, as demand for both currencies is restricted. The 4-hour chart presents a neutral stance, as the price is unable to advance beyond a flat 20 SMA, but has a few pips below it, while the technical indicators became modestly higher just below Its midlines, lacking directional force.