EUR/USD (daily chart) as of Friday (9/30/2011) has begun a resumption of its bearish stance after making a bullish correction within the context of a strong and steep breakout downtrend. This new downtrend has its origins at the early September breakdown below a key wedge pattern and then below the 1.4000 price region, which represented a confluence of three important…

Oil prices are likely to end the week slightly recovering from the sharp falls they have endured last week. Oil along with the US stock market rose during most of the week. Today, the – Euro Area Annual Inflation report will be published, and Canada GDP report for July 2011.

Here's a short analysis of the oil market for today, September 30th:

Gold and silver didn't do much yesterday, with gold slightly falling and silver increasing. Today, the – Euro Area Annual Inflation report will be published, and Canada GDP report for July 2011.

For the complete report of silver and gold price forecast for September 30th, see here in Trading NRG

Majors ahead of US opening

Is not just risk aversion what we are seing today, yet also dollar strength. One may wonder from where that strength comes, as data lately is far from encouraging. Market may be already pricing in more easing from BOE and ECB next week.

Pointless to fight the trend, here is the outlook for majors for this American session: Euro dollar is unwinding its gains and returning to the lower range, below yet another support line. Is the correction already over? Strong European inflation didn’t cheer the euro, that received quite a few bad figures. The last hours of the week, month and quarter will likely provide more choppy trading as positions are adjusted. 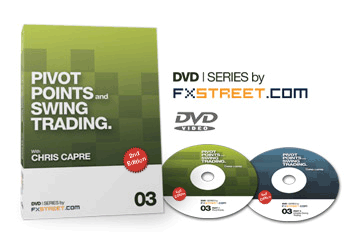 An important new feature for us the Forex Sites Industry

Which broker do you recommend?

I was looking  this topic in the forum but didnt see anything.

Ive been using Liteforex since january 2011, which ive found it pretty good, a few requotes maybe but quite well.

So, Which broker do you recommend and why?

Whats your experience and for how long youve been using it?


The Japanese yen turned weak against multiple major currencies in early Asian session trading, continued its retreat through most of the New York morning, then firmed up during the final two hours of the European trading day. Following the approval of changes to the eurozone rescue fund by Germany's lower house, price action on the EUR/USD currency pair was, in a word,… Continue

Currency brokers can be cheaper than banks for money transfers

If you find yourself in a position where you need to make a payment abroad you should be aware that there is an alternative way of sending your money overseas as opposed to the traditional banking method. AUD/USD (daily chart) as of Thursday (9/29/2011) has consolidated above key support in the 0.9700 price region. This occurs after price action dropped precipitously from its high just under 1.0800 in the beginning of the month. The month of September has shown a strong and steep bearish trend that has thus far culminated in an attempt to breakdown below 0.9700, but the…

Gold and silver shifted to red again yesterday after they had regained some value a day earlier. Other major commodities, such as crude oil, declined yesterday as well along with AUD/USD and Euro/USD. Currently, gold and silver are traded up. The speculation around the upcoming…

Dodd-Frank position limits delayed again
by Alison Burke at CFTCLaw
The CFTC has postponed another meeting, pushing back a final vote on position limits until October 18th. The Commission was scheduled to meet on September 22nd, and then again on October 4th, to finalize a Dodd-Frank rule-making, but in recent weeks signs of internal strife have leaked into the public eye.

EUR/USD Continues Seeing the Bright Side of Life

Euro dollar is pushing higher once again, recapturing the broken uptrend line. Optimism about a wide approval of the new EFSF powers in Germany, a big drop in unemployment there and end of month / quarter flows aid the pair. Will we see a really big move higher? There are quite a few events today.

Here’s a quick update on technicals, fundamentals and what’s going on in the…

Let's take a look at the USD/JPY chart.

We just completed our forecasts for FX Street's technical forecast and it looks like we may see a little more downward actions towards the 75.00 mark. Once we see the downward movement complete, then look for a move back up to test the 80.00 area and above.

Good luck with trading and be sure to check out our technical forecasts along with other top FX Street analysts.…